On Tuesday 21st November 2017 the opening conference of the project “Cyclo-Net – Extension of cross-border cyclotourism networks through development of capillary bicycle paths in Križevci and Zalakaros”, approved for co-financing by the European Union on the first call for proposals within the Interreg V-A Hungary-Croatia Co-operation Programme 2014-2020, was held in the Multimedia Cultural Centre in Križevci.

The conference was opened by the Mayor of Town of Križevci Mario Rajn, who emphasized the importance of this project for the development of Križevci in terms of improving infrastructure and programmes that will attract visitors and also improve the quality of life of the local population. Mayor thanked the project team that prepared the project and provided the funds for its implementation, and wished project partners, as well as a representatives of the Hungary-Croatia CBC Programme, to enjoy Križevci. 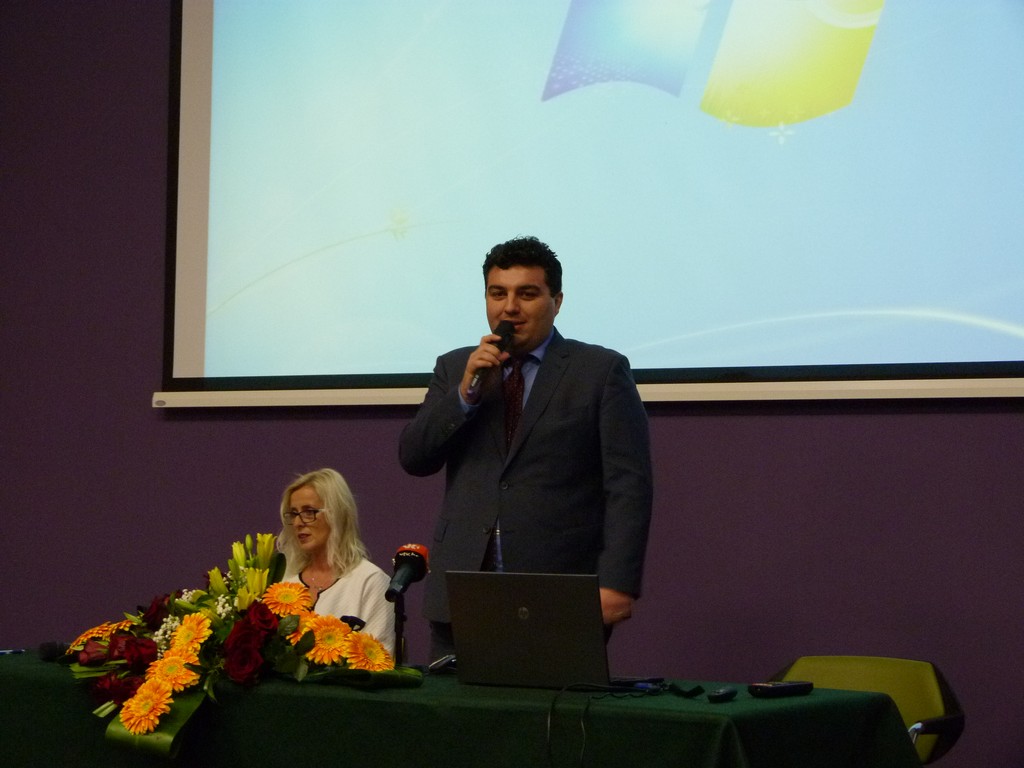 In front of the project partner Town of Zalakaros, welcome address was given by the Mayor Ferenc Novák, who thanked Town of Križevci as the Lead Beneficiary of the project for co-operation and preparation of the project and presented the Town of Zalakaros as a town that is known for its thermal springs, which it has excellently exploited and is today among the developed regions of Hungary. Mayor pointed out that he is looking forward to co-operation during the implementation of this project, but also to discovering other potential areas for new joint projects.

Interreg V-A Hungary-Croatia Co-operation Programme 2014-2020 was presented by the Head of the Joint Secretariat of the Programme dr. Márton Szűcs, pointing out that at the first call for proposals under the new Interreg V-A Programme Hungary-Croatia 208 project applications was received, of which 54 were approved for financing. He added that the announcement of the next call for proposals is expected soon, where the deadline for submitting the project proposals will most likely be in the spring of 2018.

The Head of the Department for Economy and Finance and the Project Coordinator Darko Masnec presented the previous projects of the Town of Križevci financed by the EU funds in the context of their impact on the development of the local economy and public infrastructure, emphasizing the project of the construction of Development Centre and the Technology Park Križevci, the project of renovation of the former synagogue building and its conversion to the Tourist Information Centre, building a road and parking lot at Lake Čabraji and previous project of construction of bicycle paths. He also pointed out that so far Town of Križevci has been awarded and contracted EU projects with a total value of over 10.700.000,00 EUR which refers only to projects in which the Town of Križevci was the Lead Beneficiary or partner, without projects of town budget users (such as Križevci Public Library) and other institutions (Križevci College of Agriculture).

Senior Advisor for Budget and Finance and Project Manager Marija Podolski presented the project Cyclo-Net and the activities that the Town of Križevci will implement within the project. The total value of the project is 1.593.127,95 EUR and its implementation will last from 1st November 2017 to 30th June 2019. Within the project Cyclo-Net there will be new 4,35 km of interconnected pedestrian-cycling trails built in Križevci in the following streets: part of King Tomislav Street, St. Florian Square, Zagreb Street, Croatian Veterans’ Street, Tadija Smičiklas Street, Franjo Rački Street, Franjo Marković Street, Franjo Tuđman Street. In addition, the project also includes the construction of a bicycle bridge in Ivan Gundulić Street on the Vrtlin Stream and the sequence of the road at Ratarna Street from the viewing point to Potočka Street, as well as investments in the quality and variety of programmes for visitors and citizens.

At the end of the conference, the project activities of the project partner Town of Zalakaros were presented by the Project Manager Enikő Tóth, who pointed out that within this project Town of Zalakaros will build 6 sequences of the bicycle paths with a total length of 2.944 meters, of which 1.490 m are new trails and 998 m is the reconstruction of the existing infrastructure. In addition, the Town of Zalakaros together with the Town of Križevci will participate in the implementation of other activities aimed at the development of cycling and recreational tourism. 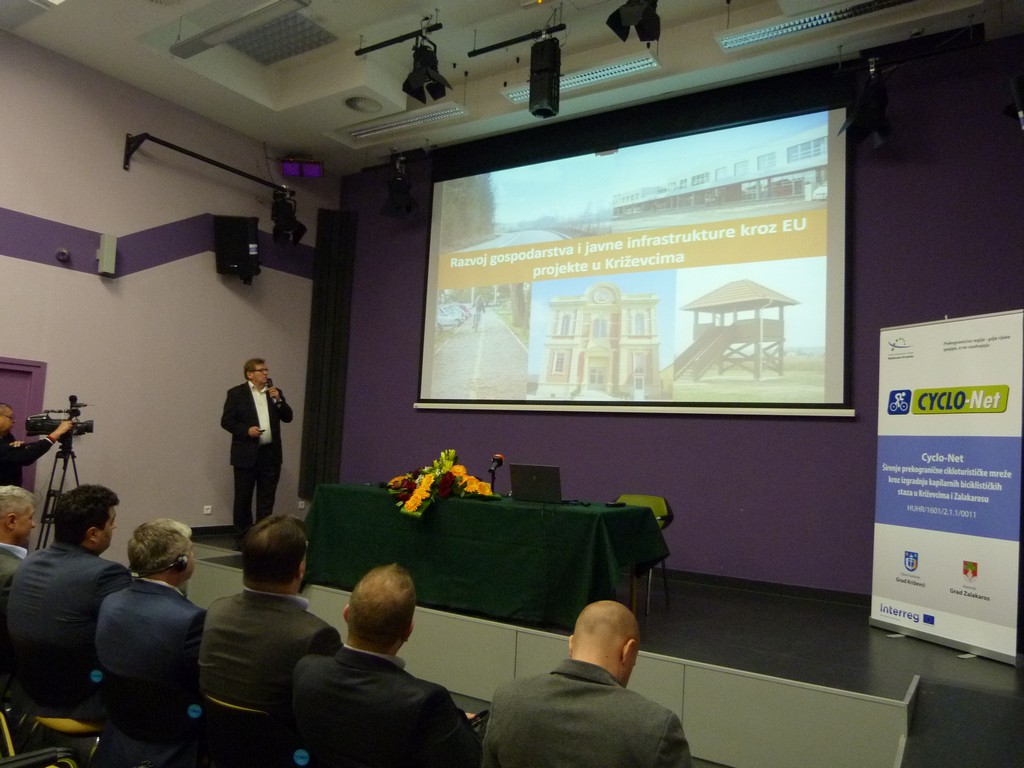 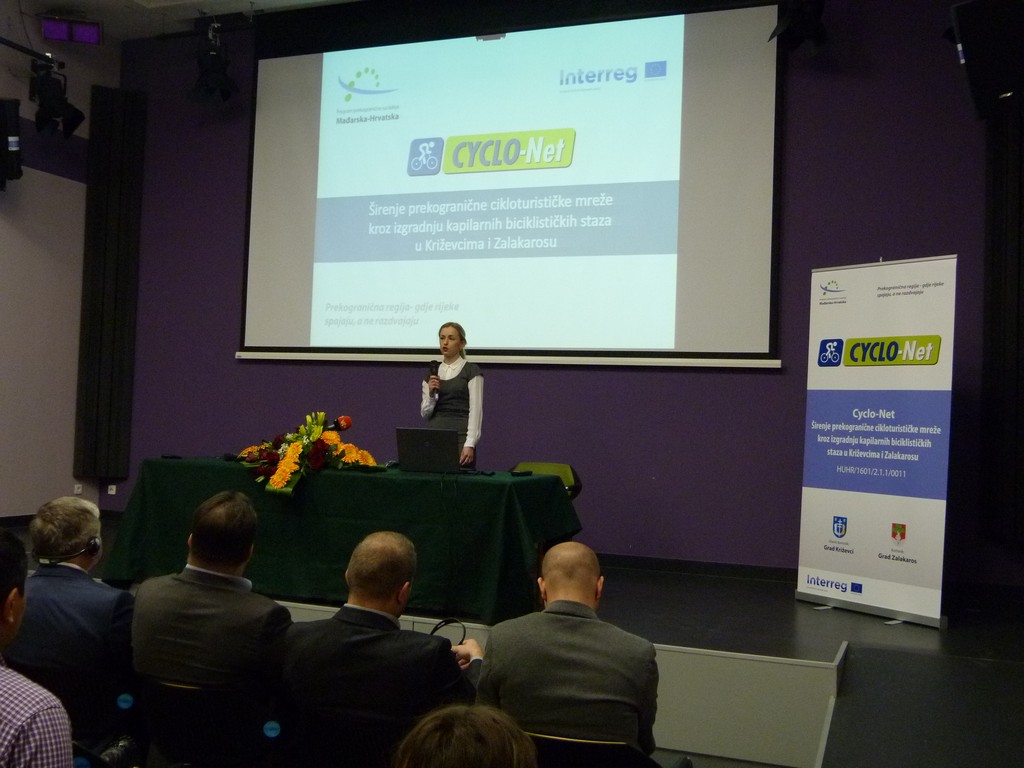 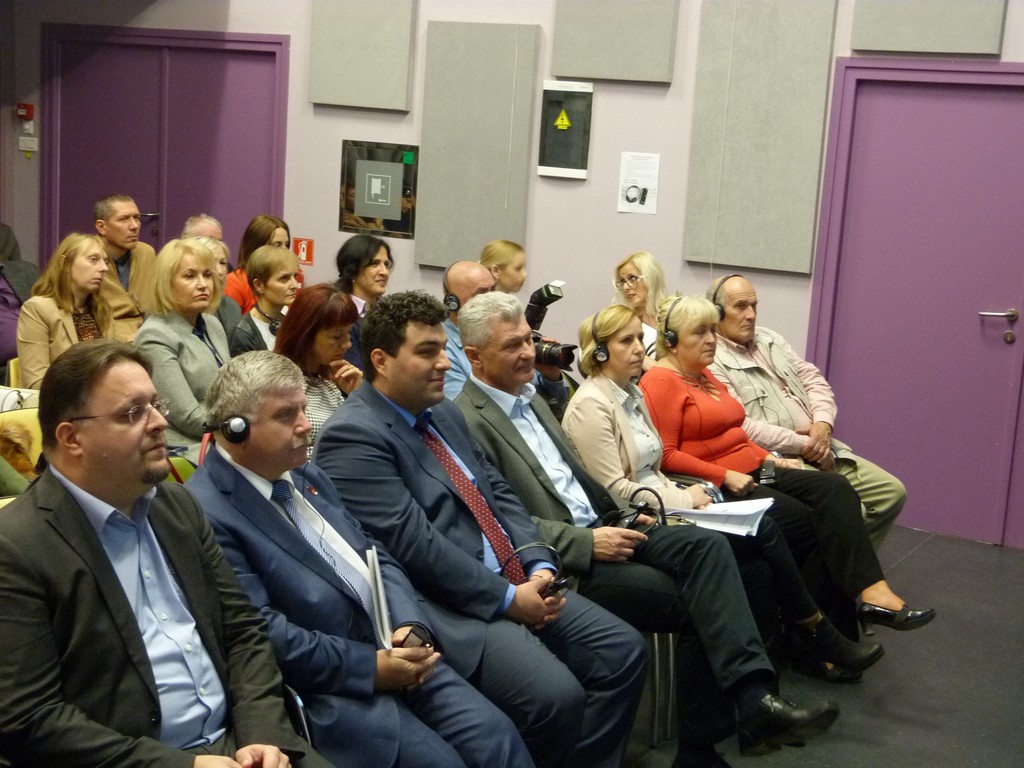